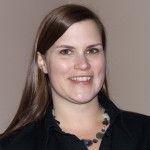 Bero is the Clinical Director of the Department of Audiology at Lahey Hospital and Medical Center, where she oversees clinical operations for diagnostic clinical Audiology service, Balance Center, Implantable Hearing Technology and Hearing Aid programs.  She received her Bachelor's Degree in Linguistics and Brain and Cognitive Sciences from the University of Rochester, and subsequently her Master’s degree in Audiology from the University at Buffalo and Clinical Doctorate in Audiology from Salus University.  Dr. Bero holds Audiology licensure in the Commonwealth of Massachusetts, is a certified member of the American Speech/Language Hearing Association and is a fellow of the American Academy of Audiology.

Dr. Bero formerly served in the Audiology Department of Massachusetts Eye and Ear Infirmary, where she completed her Clinical Fellowship and a Cochlear Implant Fellowship.  She has worked for over a decade treating patients of all ages with diverse hearing pathologies and technologies including hearing aids, cochlear implants and osseointegrated hearing devices.  She is the former chair of the Massachusetts Board of Professional Licensure in Audiology/Speech-Language Pathology.  Dr. Bero is professional advisor to the Central Massachusetts Chapter of the Hearing Loss Association of America. She has presented extensively and published on the topic of hearing loss and hearing rehabilitation. 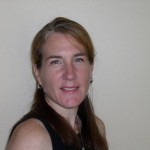 Wendy Ring is a seasoned practitioner with over twenty years of experience. Ms. Ring obtained both her Bachelors of Science in Speech Pathology and Audiology, and her Masters of Science in Audiology from Ithaca College.

Over the span of her career, Ms. Ring has practiced Audiology in a variety of settings including E.N.T. offices, staff audiologist for one the largest hearing aid manufacturers, product trainer for a hearing aid manufacturer, and as a dispensing practitioner in private practice audiology settings. In 2008 she opened Andover Hearing Center in Andover, Massachusetts . As owner and operator of Andover Hearing Center her specialties include hearing evaluations, hearing aid technologies, assistive devices and aural rehabilitation for the hard of hearing population.

She is currently licensed by the Commonwealth of Massachusetts to practice Audiology, certified by the American Speech-Language-Hearing Association in Audiology and a fellow of the American Academy of Audiology. 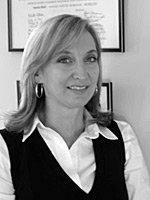 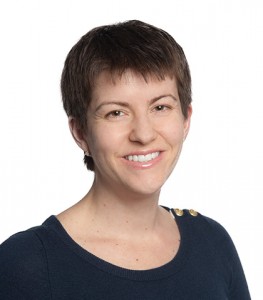 Dr. Adrienne Ulrich, Au.D., F-AAA is currently Executive Director of the Massachusetts Academy of Audiology, in addition to her part-time clinical dispensing work. 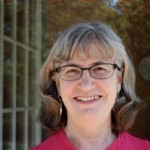 Dr. Lesley Segal has practiced audiology at Vineyard Audiology since 1998.  Prior to her work on Martha's Vineyard, she was a Senior Audiologist at Children's Hospital of Buffalo in Buffalo, NY. Dr. Segal received her Master of Arts at SUNY Geneseo and her Doctor of Audiology from A.T. Still in Arizona.

Dr. Segal is proud to offer hearing care for all ages, from infants of 6 months through seniors of any age.  She is dedicated to the island community and has served on school committees throughout her daughter's academic career here as well as provide professional services for community agencies. 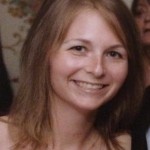 Dr. Megan Hoben received her Doctorate of Audiology from Gallaudet University in Washington, D.C., where she became proficient in American Sign Language. She has a strong pediatric background, working as both an educational and pediatric audiologist in D.C. and Massachusetts, and is involved with the Massachusetts Newborn Hearing Screening Program. In addition to pediatrics, Dr. Hoben enjoys electrophysiological testing in patients of all ages. She is currently a Massachusetts Licensed Clinical Audiologist and holds the Certificate of Clinical Competence in Audiology. 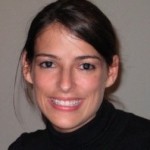 Dr. Labrecque received her Doctorate of Audiology from The University of Connecticut and completed her fourth year externship in Chicago. She holds the Certificate of Clinical Competence in Audiology and is a fellow of the American Academy of Audiology. She is currently a Massachusetts Licensed Clinical Audiologist.  She has experience working in hospital settings with patients ranging from infants to older adults. She currently works as a full-time diagnostic audiologist in the Boston Metro area. 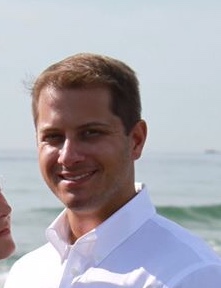 Richard C. Hoben, Au.D., CCC-A, CNIM earned his Doctorate of Audiology from Gallaudet University in Washington, D.C. and a bachelor’s of science degree in hearing and speech sciences from Ohio University in Athens, Ohio. He started his professional career in 2005 working for a large ENT practice in northern Virginia where he gain extensive experience in the evaluation and treatment of hearing loss for all age populations (pediatric through geriatric), the evaluation of dizziness and balance disorders, and the treatment of tinnitus. At that time, he also worked as a contractor at INOVA Fairfax Hospital where he helped manage the newborn hearing screening program and performed on-site diagnostic on the units and in the operating room. After moving to the Massachusetts in early 2010, Richard began specializing in neurophysiological testing and performing intraoperative monitoring on patient’s undergoing high-risk neurologic, orthopedic, and vascular procedures.

Currently, Dr. Hoben works at Steward St. Elizabeth’s Medical Center in Brighton, MA.  He specializes in behavioral, electrophysiological, and vestibular diagnostic testing.  Richard also works with all levels of hearing aids, performs research, supervises doctoral students, and teaches. He has earned a Certificate in Clinical Competence in Audiology (CCC-A) and also a certificate in Neurophysiological Intraoperative Monitoring (CNIM) from the American Board of Electroencephalographic and Evoked Potential Technologist. 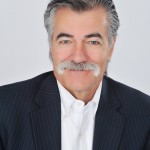 Jack Adams has been serving the needs of the hearing impaired for over 35 years. He completed his M.S. in Audiology at Tulane University and then enrolled in the Ph.D. Audiology Program at University of Illinois for 2 years before accepting a position as a Regional Audiologist for the Ministry of Health in British Columbia. During his 4 years in Canada he also served as an editor for the Journal of the Canadian Speech and Hearing Association. He returned to Tulane as an Instructor in the Graduate School prior to joining a multi-office private hearing aid practice in Fort Myers, Florida. He started his own practice, Audiology Consultants of Southwest Florida, three years later where he still spends half his time as owner and clinical provider of services after 30 years in practice. Mr. Adams spends the rest of his time in Northboro managing his new concierge audiology practice, Audiology Consultants of Metrowest.
As an adjunct to his practice in Florida, Mr. Adams has developed an audiology program in the local school district, initiated the first audiology program at the Veterans Administration Clinic, and provided audiology services at the state center for the severe and profoundly mentally challenged.
Jack has served on the Board of Directors of the Florida Speech and Hearing Association as Vice President of Clinical and Health Care Services and Vice President of Governmental Affairs. He also served as Chair of the Private Practice Committeee and the Insurance Committee. In 1990, Jack was appointed to the first Florida Licensing Board for Audiology which was responsible for writing the rules governing the practice of audiology in Florida.
In addition to MAA, Mr. Adams holds memberships in ASHA, AAA, Florida Language Speech and Hearing Association, Florida Academy of Audiology and is licensed in both Florida and Massachusetts. 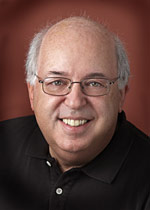 Dr. Paul Milner has been the director of Hearing Care Center, a dispensing audiology practice in Sharon, Mass. since 1989. He received the PhD degree in Speech and Hearing Sciences from the City University of New York Graduate School after completing studies in Engineering and Communications at MIT and Polytechnic Institute of Brooklyn, New York. He has over 40 years of experience in teaching, in scientific and clinical research and in applications relating to acoustics, sound, broadcasting and recording technologies, hearing and hearing disorders.

For 8 years he was a research acoustics engineer for CBS Laboratories, the former research division of CBS. He has been employed as an audiologist at the VA Hospital in West Haven, CT, at Mass. Eye and Ear Infirmary, and as consultant to the Audiology Department at Children's Hospital in Boston.

Dr. Milner has been on the part-time faculty of Bridgewater State College, University of Rhode Island, Emerson College, Northeastern University, and Worcester State College where he has taught courses in audiology and speech and hearing sciences to both undergraduate and graduate students and provided clinical supervision. He is a “Technical Expert” trainer for Frye Electronics, a manufacturer of industry-leading hearing aid test systems and was an Advanced Technology Consultant to Siemens Hearing Instruments.

Dr. Milner is a Fellow of the Academy of Dispensing Audiologists, a Fellow of the American Academy of Audiology, member of American Speech-Language-Hearing Association, American Auditory Society, Acoustical Society of America, and Massachusetts Speech-Language-Hearing Association. Dr. Milner is Board Certified in Audiology® by the American Board of Audiology. He also holds the Certificate of Clinical Competence in Audiology (CCC–A) and is licensed as an Audiologist by the Commonwealth of Massachusetts.